Digital Score & Part $15.
More information
Program Note: The word here and the word there are in many respects the same. If you look up either in the dictionary you find the same definition for both: at or in this place.  Yet, they are not truly interchangeable. Their meaning is altered by the speaker’s perspective and frame of reference. My here can be someone’s there, and my there can be someone’s here, and so on. I was drawn to these words as a title because they fittingly describe the emotion that is conjured up when one is torn between two places. In a way it is comforting to remember that only a slight shift in perspective can bring the there, here.

Digital Score & Part $15.
More information
Program Notes: Many of my compositions have been inspired by poetry. Many poets in turn have been inspired by visual art, creating what is called ekphrastic poetry in which vivid and often dramatic descriptions of visual works of art form the basis of the poetry. To have both, the poetic interpretation and the visual art upon which it was based, created another inspirational layer to my creative process. “Leonardo Saw the Spring” takes as its inspiration the ekphrastic poem “Drawing of Roses and Violets” which in turn was inspired by Leonardo da Vinci’s Studies of Flowers. The poem was published in 1892 as part of a collection of thirty-one poems depicting paintings exhibited in European art galleries. The collection entitled “Sight and Song” was published by Michael Field which was the joint pseudonym of collaborative poets and lovers Katherine Harris Bradley and Edith Emma Cooper. In the preface the authors state: “The aim of this little volume is, as far as may be, to translate into verse what the lines and colours of certain chosen pictures sing in themselves; to express not so much what these pictures are to the poet, but rather what poetry they objectively incarnate.” This too is my aim with “Leonardo Saw the Spring” – to find the music that is innately embedded in the lines of the poetry and drawing. “Leonardo Saw the Spring” was commissioned by flutist Sophia Tegart with support by a Washington State University New Faculty Seed Grant.
Ingrid Stölzel | Composer · Leonardo Saw the Spring for Flute and Piano

Program Notes: The concept of Two-Letter Words came from the realization of how powerful a small, two-letter word can be.  My goal was to encapsulate the purest meaning of each word, stripped of any contextual framework within a sentence. The list of contenders was quite impressive and included wonderful words such as do, up, in, and no. The National Scrabble Association, actually, lists over 100 possible two-letter words in the English language. Ultimately the decision came down to which words had the clearest indication of motion and form. If implies a consequence; is, a state of being; or, a choice; we, a coming together and go, an action. Needless to say, I had fun working with these words and capturing their essence musically. Two-Letter Words was written for newEar clarinetist Tom Aber and percussionist Mark Lowry premiered on March 24, 2006 in Kansas City, Missouri.

Digital Score & Part $15.
More information
Program Note: “With Eyes Open” takes as its source material an earlier piece of mine entitled “with both eyes” written in 2008 for Flute, Guitar, Vibraphone and Piano. In “With Eyes Open” the original material is reimagined for Alto Saxophone and Piano, a process that felt very organic especially because the premise of the initial composition was to write a piece that would create a unified whole from multiple perspectives on the same musical materials. As in life, so in music, the only way to gain multiple perspectives on an idea, and to truly begin to know the depth of these ideas, is to open oneself completely to the idea of possibility. Taking a composition originally written for four divers instruments and creating a new piece was opening myself up to these new possibilities.

The painter David Hockney wrote, “Cézanne starts to look at the cup before him with both eyes, opening one and then the other, and painting his doubts.” Only through a synthesis of these multiple perspectives did Cézanne see the truth, his truth, in the cup he was painting. With both eyes open then is the only way to really see things one has not seen before, and in the process gaining a perspective that is only possible by embracing and indeed celebrating the very possibilities inherent in the material itself.

“With Eyes Open” was commissioned by Keith Bohm and the 38th Annual Festival of New American Music. 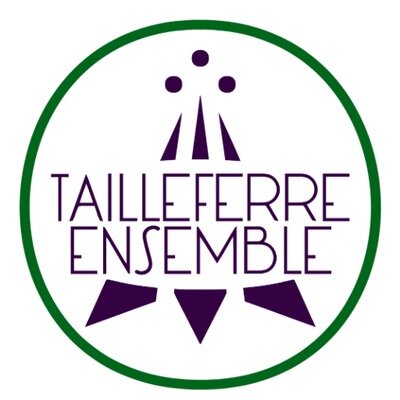 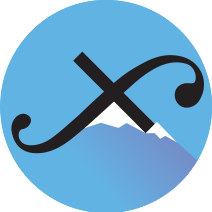