Digital Score & Parts $20.
More information
Program Note: After picking the title, For the Time Being, I realized just how often I use this expression in my daily life. When we say these words we imply that whatever state we are in or whatever action we are performing is temporary and merely a fleeting moment. In reality, of course, all states and actions are temporary and our perception of permanence is an illusion. For the Time Being is the next exploration in a series of works examining this concept of passing time. For the Time Being was commissioned by The Greenbrook Ensemble,  Nashville, TN.
Ingrid Stölzel | Composer · For The Time Being (2011) For Flute, Sop. Sax And Piano

Digital Score & Parts $20.
More information
Program Note: Words are the inspirational seeds for much of the music I write. “Loveliness Extreme” was inspired by Gertrude Stein’s 1913 poem, “Sacred Emily”:

Reading Stein, I get the sense that she was digging deep under each word, turning each over itself and the next, inside and out, to discover the possibilities that lay beneath. Stein said: “One of the things that is a very interesting thing to know is how you are feeling inside you to the words that are coming out to be outside of you.” The words “loveliness” and “extreme,” together, created a beautiful inner landscape that allowed me to discover a deeper understanding of the connection between what starts on the inside and grows into something that can be experienced on the outside. “Loveliness Extreme” was originally commissioned by newEar contemporary chamber ensemble for violin, clarinet, cello and piano and premiered in 2007. The trio version for viola, clarinet and piano was arranged for the Wakarusa Trio in 2013.
Ingrid Stölzel | Composer · Loveliness Extreme (2007)for clarinet, violin, cello and piano

Digital Score & Parts $20.
More information
Program Note:
The proverb “the more things change, the more they stay the same” is usually taken at face value as a sentiment of dissatisfaction and weariness. Having been exploring the concept of time and impermanence in a series of works, I found myself questioning the validity of this uncontested statement. I came to realize that a more accurate statement might be “the more things change, the more my desire for permanence increases.” The tension between the awareness of impermanence and the desire for permanence created an inner dialogue that uncovered emotions, ranging from excitement to resistance to wonderment, which were invaluable to my creative process. “The More Things Change” was commissioned by newEar contemporary chamber ensemble for their 20th Anniversary Season.
Ingrid Stölzel | Composer · The More Things Change (2012) for Clarinet, Violin, Cello, Piano & Percussion

Digital Score & Parts $20.
More information
Program Note:
“Le but n’est rien; le chemin, c’est tout.” (The end is nothing; the road is all.) - Jules Michelet, 19th century French historian ”The Road is All” embraces the journey, the twists and turns, the unpredictability that is life, the lingering in the space between, and the simple enjoyment of a moment in passing time. “The Road is All” was commissioned by newEar contemporary chamber ensemble.

Digital Score & Parts $20.
More information
Program Notes:
“There are Things to be Said”(2009) takes its title and inspiration from a poem by American poet Cid Corman (1924-2004). I was struck by the simplicity and openness of the words. It is often in such elemental simplicity that we find true and powerful meaning; something I also strive for in my music. “There are Things to be Said” was commissioned by Allégresse and premiere performances were made possible by a National Endowment for the Arts American Masterpieces – Chamber Music Grant.

There are things to be said.
No doubt.
And in one way or another  they will be said.
But to whom tell  the silences?
With whom share them  now?
For a moment the sky is  empty
and then there was a bird.

(Permission to use “There are Things to be Said” by Cid Corman granted by Bob Arnold, literary executor for Cid Corman.)


Ingrid Stölzel | Composer · There Are Things To Be Said (2009) for Flute, Oboe and Piano

Digital Score & Parts $20.
More information
Program Notes:
Words are the inspirational seeds for much of the music I compose.  The Voice of the Rain takes its title and inspiration from Walt Whitman’s poem “The Voice of the Rain” from Leaves of Grass. Whitman beautifully describes the world as an everlasting cyclical process of giving birth to itself and giving back life to its own origin. I was especially drawn to the last line of this poem where Whitman reveals a deeper truth about the creative process. He equates the everlasting cyclical nature of life, with the creative process, where – like the rain – the creation changes form but is always the same at its core and eventually returns to the poet as love from those who read the words.  It is my hope that the music captures the essence of Whitman’s powerful meditation on nature and humanity. The Voice of the Rain was commissioned as part of a New Music USA Project Grant and written for Sarah Frisof – flute, Hannah Collins – cello and Michael Compitello – percussion.

The Voice of the Rain

And who art thou? said I to the soft-falling shower,
Which, strange to tell, gave me an answer, as here translated:

I am the Poem of Earth, said the voice of the rain,
Eternal I rise impalpable out of the land and the bottomless sea,
Upward to heaven, whence, vaguely formed, altogether changed, and
yet the same,
I descend to lave the drouths, atomies, dust-layers of the globe,
And all that in them without me were seeds only, latent, unborn;
And forever, by day and night, I give back life to my own origin,
and make pure and beautify it;

(For song, issuing from its birth-place, after fulfilment, wandering,
Recked or unrecked, duly with love returns.)

Program Notes: Emily Dickinson’s meditation on the power of human imagination is the inspiration for my oboe trio “Wider than the Sky.” In her poem, she takes an abstract concept and renders it into something tangible and visible for the reader, allowing us all to celebrate the power of human consciousness. The first two stanzas focus on the relationship between the mind and the outer world. The sky and the sea are enormous creations, and yet the mind can conceive and contain them as ideas. Much has been written about the third stanza and especially the meaning of the last line of this poem. For me, as sound is such an important part of my life, I believe she means that humans give meaning to sound and therefore give voice to creation. I am grateful to Celeste Johnson for commissioning this trio and giving voice to my imagination. 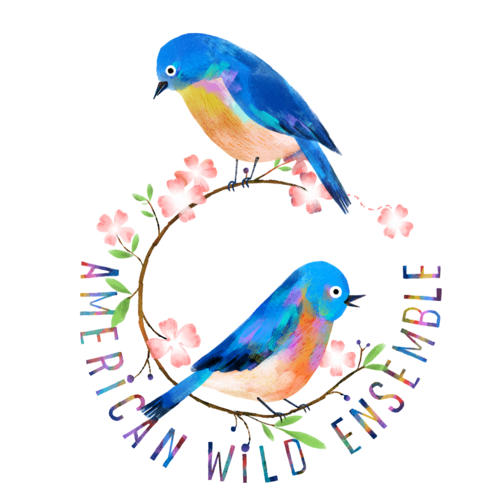 Multiple performances by the American Wild Ensemble of a new composition “Where the Sun of Freedom Shines” for Flute, Clarinet, Horn, Violin, Viola, Cello and Vibraphone, inspired by Missouri’s immigration history. See link for details.

Interlochen Center for the Arts

Performance of “City Beautiful” for Orchestra under the direction of conductor Carolyn Watson. 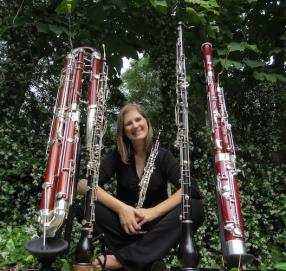 Oboist Rebecca Mindock, pianist Doreen Lee and flutist Andra Bohnet will perform “There Are Things to Be Said” as part of the 2021-2022 Musical Arts Series at University of Southern Alabama.